The experience in building tools opened the door to human reason. In social relations, reason is enhanced, but it is also easily lost.

From the previous chapters two conclusions can be drawn:
– That when building tools, human intelligence was separated from that of other prehuman species as objective and rational intelligence.
– That this intelligence was enhanced by social collaboration, especially through language.

The production of tools and social relations are based on very different experiences, and each one presents several dimensions. Human language, was born from both experiences, integrated them with those of animal language and fed the previous ones with its own power of communication, increasing the possibilities of production of tools and, to a greater extent, enriching the possibilities of social relations.

But in any social relationship the balance between collaboration and competition is critical. When that balance is broken, language facilitates the construction of an enemy, as we will see in Chapter 16 (1). To understand that biblical curse that leads to brothers killing each other, you have to know what the framework of a situation is. Or easier: the difference between inside and outside, as Bert and Ernie (2) would say in Sesame Street.

Being in a situation

Living beings are always in a situation. Something like a stage.

But, unlike other living beings, humans can be simultaneously in more than one situation: in a real situation and in an imaginary one. When we are at home reading a book, we are in two situations: at home and in the story we are reading. We change the situation when we open or close the book: now I am inside and now I am outside; inside that story, outside the house or outside the story, inside the house.

What is a frame?

A framework is the limit that frames the current situation, real or imagined.

It is what causes something or someone to be inside or outside. The frame is elusive; Although it is always present, it is not easy to realize its presence, because our attention is always on the content, not on the frame itself. Sometimes it changes by surprise, when we least expect it; and then we don’t even know where (or when) we are anymore.

What we commonly call “frame” began to be used around a painting, first in ancient Egypt and then also in Greece and Rome. After the Renaissance it was filled with golden ornaments. It was the way to highlight that painting giving it importance; or in any case to separate it from the surrounding wall.

But the framework of a situation is not like the framework that is added to a painting once finished. It is the opposite, like the framing that an artist makes when drawing a natural model, when he selects the part of reality that he wants to represent in his image. The same as in photography and video is called framing the image before taking the photo. And it is also what the writings call the context.

The framing at work

Any job requires focusing attention, framing it in a frame. That was already happening in the first ax constructions by the hominins.

This image represents that frame of primitive work. the focus is on the object that is being transformed.

Despite its apparent simplicity, this framework is complex, because it includes the different functions of both hands controlled by each hemisphere of the brain.

The craftsman concentrates by adjusting the attention frame to a few centimeters, controlled by the left hand. In that small space dialogue takes place between both hands: where and how to hit.

Between the previous image and this one, more than two million years have passed. This represents a mathematical operation of sets logic. But it is the same scene: the red frame defines what makes sense, frames the reference set of the elements that will be the object of logical operations.

The frame has the same function of an empty casserole or the kitchen table for the cook before starting to prepare the meal. It is the same as a battlefield before the engagement of the enemy armies; or the border of a territory; or a game field in a sport; or the crime scene in a murder; the stage in a drama or comedy; the pentagram in the musical work; the pedestal of a sculpture; the frame of a drawing; the context in the intervention of a speaker. It is the horizon before which everything that matters happens. What makes a situation make sense.

Over the centuries, the frames have changed, but their function remains the same as the one he had in the hominine work with the primitive stone.

To the reason only matters what is inside the framework. What is left outside does not matter and becomes invisible. Their possibilities cease to exist: they become denied possibilities (3), even before starting any other operation.

It is the denial prior to any determination: the logical operation prior to any logical operation: Burning weeds clearing the land before agricultural work. Removing the litter by opening a forest clearing (4); It is when the 8-month-old boy throws his toy in a vacuum, making room for the father’s intervention. It is the question without words […?]. The look that makes it possible to initiate dialogue. The absence of the being that anticipates its determination. Pragnanz that grows as the artist removes “surplus” material.

In that clearing of the forest the word begins. And the logic, the reason, the determination and the interpretation. The determining action of the right hand. The blows by the right hand: the executive power.

Paradoxes of the social relationship

And then, if whoever should be left out enters the game, or whoever should be inside goes outside, everything gets messed up. Paradoxes arise like Russell’s Barber (5): insoluble problems, unless the frame is redrawn.

If that happens between two people who love each other, between “three that are a crowd” the tangle is served. And a situation comedy or a drama or a tragedy is triggered. Now, when many come together, then it is the war.

Among living beings, plants cannot change places in space. Only when reproducing do they manage so that the seed travels as far as possible, increasing the chances of survival of that plant species.

Animals have mobility, either by water, land or, air, which increases their chances of survival and of reproducing. For example, for running away from a predator or a fire. And they can migrate in the dry season or due to climatic changes. This is how they reframing their situation.

But humans, in addition to spreading their seeds and escaping and fighting and emigrating, we are able to imagine other different situations. And make plans and decide what we want.

These possibilities to reframe the situation are the result of the hominins’ experience in building their tools, where they had to imagine in advance the goal sought and keep it present as the goal of the process.

The framing of the situation that Bateson defined for the first time was decisive for the cultural and not only biological transmission of our species. The homininos and their descendants learned to package their experiences in language and transmit them in the group in the form of stories (6). That was the birth of human culture, which grew and developed at an incomparably greater speed than biological evolution.

They created the first human protolanguage, now disappeared, but that can still be felt in human children between 8 and 20 months of age. In the next chapter: Beginning of human language, we deal with it.

Creator of the framing concept in the sciences of animal and human behavior. In 1954 he presented his framing concept at a conference before psychiatrists in Mexico, in the essay “A theory of play and fantasy”. This essay was published in 1972 in his book “Steps towards an ecology of the mind.” 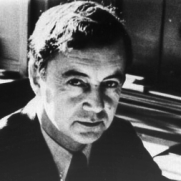 Canadian sociologist In 1974, he published Frame Analysis: An essay on the organization of experience]. In his prologue he indicates that the concept of frame is owed to Gregory Bateson. In his research he compares social relations with the theater scene. 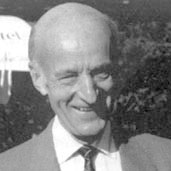 Theorist of literature, investigated the dialogue that occurs between the reader and the literary work in. In 1976 he published The Act of Reading: A Theory of Aesthetic Response, which changed not only the theory of literature, but the ideas about the active role of the observer of a work of art; and, in general, of all human communication. His concept of the denied possibilities (5) and the role of fiction literature in making them visible is central to understanding what happens to what is outside the framework: phenomena such as the invisibility of women throughout history and the invisibility of the left hand that we analyzed in this essay. 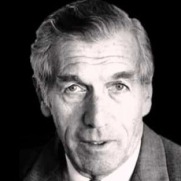 Theorist of human communication and psychologist. He worked with Gregory Bateson on what became known as the “University” of Palo Alto (California). Both considered mental illnesses as diseases of the social relationship that kept the patient trapped. His greatest contribution is the application of these ideas to the pragmatics (experience) of human communication.

For Watzlawick, the relationship framework has two senses: as a conceptual frame and as an emotional frame. Thus the relationship itself can be lived as a horizon of freedom or, alternatively, be imprisoned in that frame with no way out or possibility of escape. The solution is to change mental frame. Another of his group’s discoveries was the use of pragmatic counterparts. What they defined as symptom prescription. 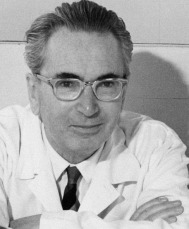 Austrian neurologist and psychiatrist, founder of logotherapy and existential analysis. In his book Man’s Search of Meaning (1946) he described his own experience in the Nazi concentration camps and his psychotherapeutic method to find meaning in all forms of existence, even in the most sordid. He wrote that “logos” or “meaning” is not only something that is born of one’s own existence, but that it is presented against that same existence. ” It is not only an expression of itself: it is also a challenge; a limit that you have to be willing to break (in limit situations).

Construction of the enemy
.